This post may be offensive to some and I mean no disrespect to those who find the N-word repellent. It is with good reason that this word elicits such a strong reaction. When racists say this word, it is the verbal equivalent of a sledgehammer to the head. In fact, use of the N-word has led to physical confrontations and deaths. The word is derogatory, repugnant, and hurtful. And then there's Patti Smith's song "Rock 'N' Roll Nigger."

When I first heard this song, it was on the Natural Born Killers soundtrack. This song literally knocked me off my feet. Of course, my first reaction was to ask "Did she say what I think she said?" Yepper. In fact, Patti says the N-word 12 times in this song. (At one point she says it 7 times in a row.) I played the song a few more times. And a few more times. And a few more. Like a Grand Cyclops at a Klan rally, I found myself getting more amped with each listen. How can it be that this Black woman is so enamored with the song "Rock 'N' Roll Nigger, a song written by (gasp!) a White woman?"

Consider the context in which the word is used - that is, if you're still reading this post. Smith is not being racist when she says nigger in this song. Crazy but true. When she uses the N-word - because Rock N' Roll Peckerwood or Rock N' Roll White Trash doesn't have as much bite, I suppose - she is using it to refer to the undesirables in society. The nonconformists. The "Other." What more effective way to illustrate this point than to use the ugliest word in the English language. Taken in this context, the artists ("Jackson Pollock") are niggers. Rock musicians ("Jimi Hendrix") are niggers - although her use of the N-word here can be taken literally as well as figuratively. Hell, she even calls Jesus Christ and what sounds like her "Grandma" niggers. The chorus of the song is "Outside of society/Is where I want to be." With lyrics like these, Smith is using the N-word not to degrade but to empower. This song is meant to be a fist-pumping anthem. She's praising the "Other" in society and giving them the sonic power to transcend the word or to wear it as a badge of honor. It is the same reasoning behind African-American men and rappers calling each other "my Nigga." These men, like Patti, are taking the hate out of the word. For them, the N-word is a term of endearment. Still, use of the N-word is a slippery slope and one should do so with extreme caution - and thought - if at all. Strangely, it is because of this song that I became a Patti Smith fan and bought her album Easter, which features this song. It is also because of this song that I can call Patti Smith not only a fucking goddess but a Sistah and a Nigger. ;-D

Posted by kiki-rockgarden at 10:20 PM 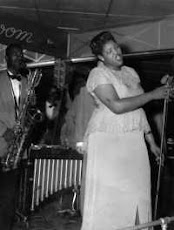 Even if you know it still bears repeating that the song "Hound Dog" was originally recorded by Ms. Willie Mae Thornton. Sistah Thornton gets her props here.

Sistahs of Rock Portrait: The Shirelles 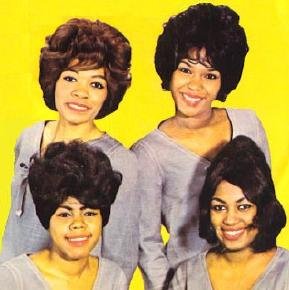 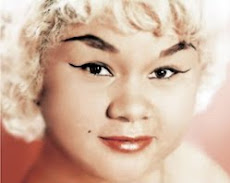 This goddess of early Rock and Roll - and the Queen of Chess Records - has the pipes to pierce your soul. 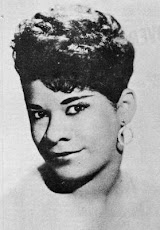 Sistah Ruth is another pioneer from Rock's R&B roots. Her hit songs contributed to the success of her label Atlantic Records, which became known as the "House that Ruth built."

Sistahs of Rock Portrait: The Ronettes 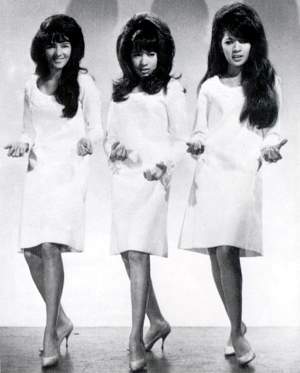 These lovely Sistahs brought sweet harmonies to Phil Spector's Wall of Sound with such songs as "Be My Little Baby." 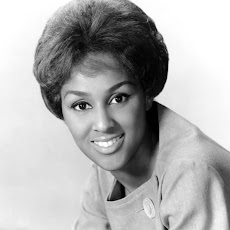 This pioneering Sistah worked her magic as a background vocalist and lead singer with classics like "He's A Rebel."

If Elvis Presley is the King of Rock and Roll, then Sistah T is definitely its Queen. D'uh.

Sistah Clayton with Mick Jagger. She provided the awesome solo for the Stones' classic "Gimme Shelter."

Sistah Jones is a songwriter and singer. She and Sistah Pat sang backup for T. Rex. Marc Bolan produced her solo album, Vixen, and she produced their son, Rolan Bolan.

This punk goddess was the leader of the influential British punk band X-Ray Spex. 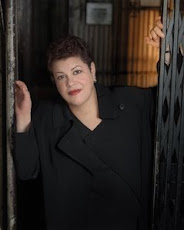 She is one of the unsung goddesses of 70's folk rock. Her music is as powerful as it is smooth. 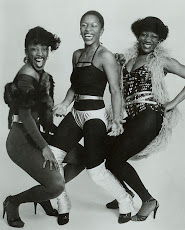 The Sistahs of Parlet (Mallia Franklin, Jeanette Washington and Debbie Wright) sang backup for Parliment-Funkadelic ensuring that the Mothership had a soft landing.

Sistahs of Rock Portrait: The Brides of Funkenstein 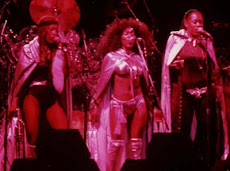 These cosmically funky divas, along with Parlet, provided the P-Funk universe with powerful feminine energy. 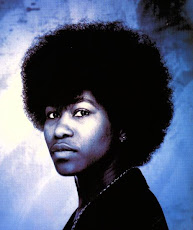 Sistah Armatrading is an amazing singer, musician and songwriter. She was once fired from a job because she brought her guitar to work and played during her breaks. Love her!

Sistah Grace may be considered as more of a performance artist than a Rock star, but she has sang her share of Rock songs and has given them her unique touch. 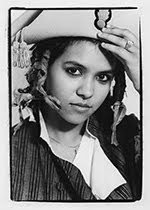 This (underaged) lead singer of the 80's band Bow Wow Wow turned a few heads with her daring style. 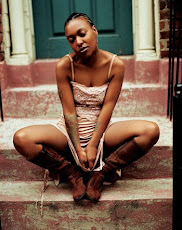 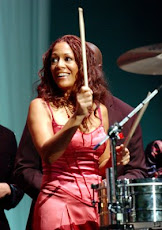 You may know Sheila E. (short for Escavedo) as a Prince protege, but she's known around here as the baddest percussionist working today. 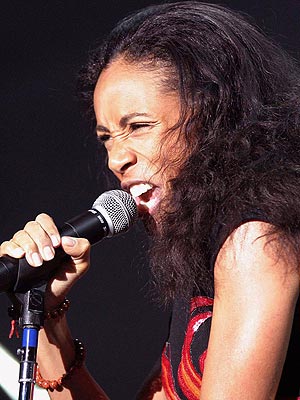 Sistah Jada is full of surprises. Not only is she a well-known actress, she is the singer-songwriter for of the heavy metal band Wicked Wisdom.

Sistah Wormworth was the bassist for The Waitresses and has played with Sting and The B52's. 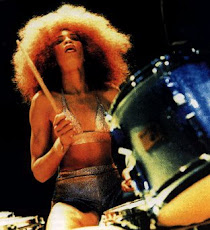 Sistah Blackman is the drummer in Lenny Kravitz's band. This accomplished musician is the perfect combination of beats and beauty. 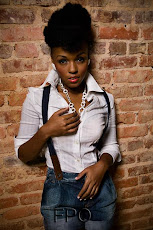 Just when you thought the concept album was dead, along comes Sistah Janelle's Metropolis: The Chase Suite, which is a futuristic tale about an escaped cyborg - at least I think it is. She gets tremendous props for refusing to play it safe and reminding us that music should be fearless and inventive.

Sistah Ebony is truly a breath of fresh air in the seen-this-done-that Rock world, which is funny considering the name of one of her songs is "Dont Fart on My Heart." With her music and her offbeat persona, she's helping to keep Rock fresh and original. 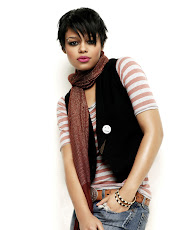 Sistah Dobson, whose music has been described as "groovy Punk" adds the spice - and kerosene - to Toronto's vibrant music scene. 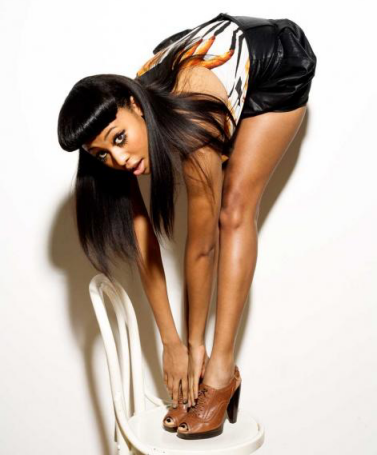 Sistah Brown's originality is exactly what is needed to rescue Rock from its present plastic, soulless incarnation. 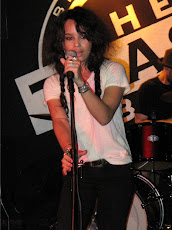 We all know that Zoe is Rock royalty thanks to her dad Lenny, however, Sistah Zoe is making a name for herself as lead singer of the group Elevator Fight.